Stay safe in the kitchen over Pancake Day

Are you making some pancakes today? Make sure you stay safe in your kitchen! 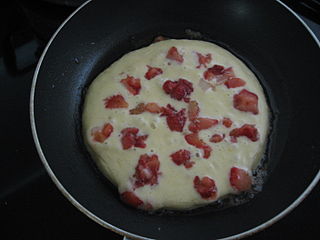 Cambridgeshire Fire and Rescue Service has advised people to be careful on Shrove Tuesday (February 17th) and to add safety to their milk, egg and flour mix.

Although Pancake Day should be a time for fun in the kitchen for families across the UK, the excitement and novelty of making and flipping pancakes can make cooking more dangerous, and this seemingly-innocuous tradition has been implicated in a lot of home emergencies.

Between April 2014 and January 2015, there were a total of 49 house fires in Cambridgeshire alone. This represents an increase of almost 43% compared with the same timeframe 12 months ago, when this 10-month period saw just 28 house fires.

Some of the most common causes of fire in the kitchen include cooking with hot fat, leaving pots and pans unattended and allowing grease and fat to build up.

Watch Commander Clive Allen, of Green Watch Cambridge, said that on Pancake Day, people reach for the lemon, sugar and frying pan, but in some instances they also need the fire service.

He said it is important for people to ensure they do not leave kitchen and cooking equipment unattended when making pancakes, noting that it only takes a few seconds for unattended cookers and pans to catch alight and create a life-threatening blaze.

One common scenario is when families begin to eat their pancakes, but forget they left their frying pan on their hobs, while another is when people do not turn the hob off and leave a tea-towel over the ring or hot plate, Mr Allen added.