Private tenants are significantly more likely to be injured or killed in home emergencies than the general public. Although landlords have a number of electrical and gas safety obligations that homeowners do not have to adhere to, many landlords fail to comply with these requirements and create unacceptable risks for their tenants. 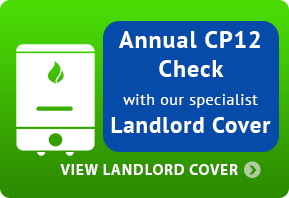 Electrical Safety First has long campaigned for five-yearly mandatory electrical safety checks in rented accommodation. This measure is already in place in Scotland, but as the charity’s Public Affair’s Manager Robert Jervis-Gibbons told Politics Home, people in Northern Ireland, England and Wales could move into a house or flat that has never had an electrical safety check, despite the fact that landlords must renew gas safety certificates every year.

Speaking to the publication, Mr Jervis-Gibbons suggested that the electrical safety requirements could actually be beneficial to both landlords and tenants. He pointed out that when landlords fail to ensure that their property portfolio is safe, they can face invalid insurance claims and “significant financial risks”, and said Electrical Safety First’s proposals are “quite reasonable” and is a “small price to pay” to protect property and people.

The number of people in the private rented sector has been growing for years due to a static housing market and financial difficulties for first-time buyers. As a result of the growing demand for rented property, “increasing numbers” of tenants could be potentially at-risk from dodgy electrics, Mr Jervis-Gibbons said.

Six years ago, Thirza Whittall was killed as she climbed into the bathtub. Deficient wiring in her rented home had caused an electric current to run through the bath.

Thirza had moved to Cornwall five months earlier with her husband and two children, but because the wiring in her new home had not been checked for years, her new life was tragically cut short.

Her mother, Jane Andain, supports Electrical Safety First’s campaign for a change in the law. Although the new requirements would not bring her lost daughter back, she told Politics Home that the law must change so “no-one else has to go through” what she went through.

Every year, electrical appliances lead to around 19,450 electrical fires, which cause 2,500 serious injuries, 49 deaths, and an untold amount of property damage. Overall, faulty electrics and electrical equipment leads to 70 deaths and 350,000 injuries. Furthermore, 20% of all electrical shock victims are tenants in the private rented sector, despite these individuals making up just 16% of the UK population, showing that tenants face a significantly higher risk than owner-occupants.

The number of elderly people in the private rented sector is increasing, with the number of private tenants over the age of 65 expected to double in the coming years. These individuals face a higher risk of suffering from dementia, Alzheimer’s disease, and other examples of age-related cognitive decline, which can make dangerous electrics an accident waiting to happen.

“Most MPs are interested in issues to do with older people,” the specialist said, adding that Electrical Safety First’s January report ‘A Shock to the System: Electrical Safety in an Aging Society‘ was “warmly received”.

The charity will accordingly continue to push for enhanced regulation and will seek the support of the next government, regardless of which parties make this up.

Landlords can enjoy 24/7 assistance and rapid responses to all their tenants’ emergencies with our bespoke landlord emergency cover plans!