Shocking data released last week by the Office of National Statistics revealed that there were 18,200 excess winter deaths last year in England and Wales, with 11.6% more people dying in the coldest months of the year when compared with other months. 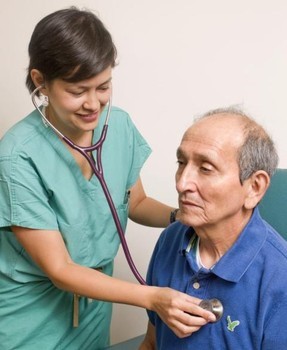 But these thousands of deaths are actually comparatively good, believe it or not – in fact, they are the lowest number of excess winter fuel deaths recorded since 1950 to 1951, when records began. For comparison, between 2012 to 2013, there were 13,040 male excess winter deaths and 18,240 female deaths, but these fell to 7,900 and 10,300 respectively last year.

The overwhelming majority of these deaths involved people aged 75 or older, with this group representing 14,000 of the excess deaths, compared with just 4,000 involving people under the age of 75. The highest number of deaths were in the West Midlands, with the lowest in the North East.

There are a lot of potential reasons for this drop – last year’s winter was unseasonably mild, people are becoming increasingly vigilant in regards to the risks elderly people face over the winter, and energy efficiency and green living are becoming increasingly popular. The ONS also pointed out that last year’s winter flu virus typically targeted the young, who were better able to fight it off. But with energy bills rising, a cold winter looming, and more and more people choosing between heating and eating, there’s plenty of reasons to think the number of excess winter deaths won’t fall again this year.

Excess winter deaths are provoked by cold, damp conditions, and the home provides the best defence from this. But all-too-many people live in freezing, draughty, unpleasant households, and these living conditions pose a real threat to their health.

The low temperatures themselves don’t directly cause most winter deaths – illness, such as heart disease, flu, respiratory illnesses and stroke are some of the main causes – but these conditions are exacerbated by cold temperatures, and in vulnerable people, the combination can be lethal.

Caroline Abrahams, from Age UK, said it is “truly shocking” that thousands of people die every year because they can’t afford to keep warm.

She called this a “national disgrace”, saying it provides a “damning indictment” of the country’s failure to deal with its cold and energy-efficient homes.

With cold weather posing such a risk in the winter, a boiler breakdown in the coldest months can be a real threat to the elderly.

With 247 Home Rescue, elderly people are considered as priority customers, meaning we will pull out all the stops to get them an emergency repair in under four house. And we always aim to respond to everyone within 24 hours. You won’t have to worry about a central heating breakdown when you have boiler cover with us!