A four-month-old infant and his mother and father were hospitalised with carbon monoxide poisoning as a result of their landlords’ failure to adhere to their legal gas safety requirements, a court heard. 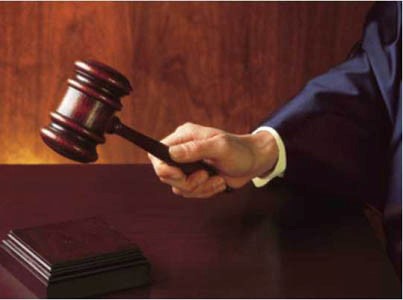 Suraiya Bobat, 46, and her husband Mehboob Bobat, 47, were each told to complete 8 hours of community work, to pay a £60 victim surcharge and to pay £720 in prosecution costs, after admitting to two breaches of the Gas Safety (Installation and Use) Regulations in a hearing in Trafford Magistrates’ Court.

The court was told that an investigation revealed that the landlords, of St Helens Road in Bolton, had failed to arrange annual landlords’ gas appliance safety checks, and that four gas appliances in a Bowness Road property they owned were unsafe.

In February 2013, an expecting couple began renting this property, and by the end of the month, the mother had begun to experience symptoms of carbon monoxide poisoning – breathing difficulties, palpitations and headaches. She was hospitalised for several days, but doctors assumed her problems were related to her pregnancy.

The father then began to suffer from painful headaches, and was prescribed codeine.

On August 21st, the couple’s son had been crying all day, and his parents were concerned that he was sick. The father began to experience a severe headache, and his wife started to feel dizzy and fainted in the kitchen.

The father called an ambulance, and when the family was taken to hospital, medical staff realised they all had high levels of carbon monoxide in their blood.

A subsequent investigation by the Health and Safety Executive (HSE) found that the kitchen contained a gas-powered water heater. This appliance did not have a flue and should therefore have only been used for a maximum of five minutes at a time. A gas boiler and a gas fire were also classed as ‘at risk’.

Mr and Mrs Bobat were asked to prove that the appliances had been inspected by a Gas Safe-registered engineer in the last year but admitted that they did not have a Gas Safety Certificate.

Mike Sebastian, HSE Principal Inspector, said that for “several months”, the family were made “needlessly” ill due to Mr and Mrs Bobat’s failure to adhere to their legal obligations.

Describing the fact that all four gas appliances in the residence could have caused carbon monoxide poisoning as “shocking”, Mr Sebastian noted that the effect of these items “could easily have been fatal” had the father not quickly called an ambulance when he did.

He said the HSE will continue to take action against those landlords that flout the law, adding that landlords must make their property portfolio safe for tenants.

Our gas boiler cover service contracts include gas safety checks, and we can tailor products especially for landlords! Call us on 0345 3192 247 or take out a service plan online!