The Big Six energy suppliers have particularly poor standards of customer service, research from Which? has found.

None of the Big Six managed to escape from the bottom fifth of the table – British Gas and E.ON reached 86th place, at 67%, while EDF came just behind, at 68%.

Npower has had a lot of customer service crises in the last year, and was given an ultimatum to resolve these issues or face heavy penalties by energy regular Ofgem, but its devastatingly poor result in the Which? research indicates it has still not yet been able to resolve these problems. The company received 450,000 customer complaints in the first three months of 2014 alone, and although it has said it intends to beat its five main competitors in customer service issues by the end of 2015, the investigation suggests it has a proverbial mountain to climb if it is to do so.

Commenting, Which? Executive Director Richard Lloyd said the Big Six have “hit rock bottom for customer service”. The record levels of consumer complaints shows the firms still have a long way to go if they are to put things right, he added.

Good businesses understand how important customer service is, he argued, saying it is “disappointing” that some of the UK’s biggest companies “seem to have a lot to learn” about this issue. He explained he hopes the survey acts as a “wake-up call” for those businesses that are failing their customers.

Which? is running a Fair Energy Prices campaign. This initiative calls for the Competition and Markets Authority to look into making it mandatory for gas and electricity companies to use directly-comparable tariffs so customers can easily decide which supplier they should switch to, and to investigate how Ofgem could set up a ‘price to beat’, so customers can tell if they are paying a fair price for their energy.

As an independent home emergency, appliance and boiler cover provider, we are not contracted with any of the Big Six energy suppliers, or any other energy company for that matter. We know the value of customer service – a firm like 247 Home Rescue could not have grown in the way it has if it did not offer outstanding customer service and value for money! 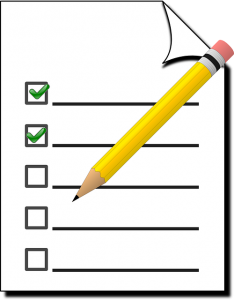